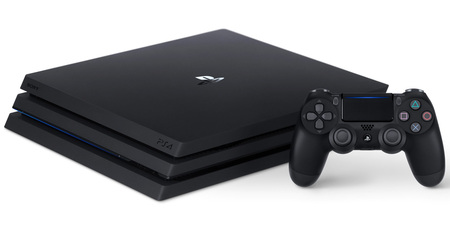 An offer you can’t refuse. Take that Nintendo.

Sony has just announced that the 1TB version PlayStation 4 Slim will be hitting US stores “this month.” All for the great price of $299. That of course is the same MSRP as the current 500 GB model. It’s unclear if Sony plans to replace the 500GB version with the 1TB, or if the 500GB will be sold at a lesser price.   Regardless, this is a fantastic deal for gamers. The 1TB version of the PS4 has been on sale in Europe since last September, but now will be finally making it’s way stateside. The PS4 Slim 1TB model will be sold alongside the PS4 Pro, which also sells with 1TB worth of storage.   The console war continues, with all three major consoles (PS4, Xbox One, Nintendo Switch) retailing for about the same price. So far the PS4 has outsold the Xbox One by large numbers, and the Switch is new to game as of March.   Stay tuned to GHG for the latest gaming news!