Cyber Hunter by Chinese developer NetEase games is a science fiction themed battle royale multiplayer shooter. Dropped into a massive open world called the “Dreamland” with a custom avatar made using an extensive character designer, you will fight to survive in this colorful and beautiful virtual world.

Cyber Hunter is based on your classic battle royale formula. The same formula that has made the genre so popular with other titles over the past couple of years. You and a bunch of other players are dropped from an airplane (in Cyber Hunter’s case, more like a fighter jet/hover spacecraft) over a large chunk of land. The goal is to gather resources (weapons and health kits) and fight to the death until only one player survives. 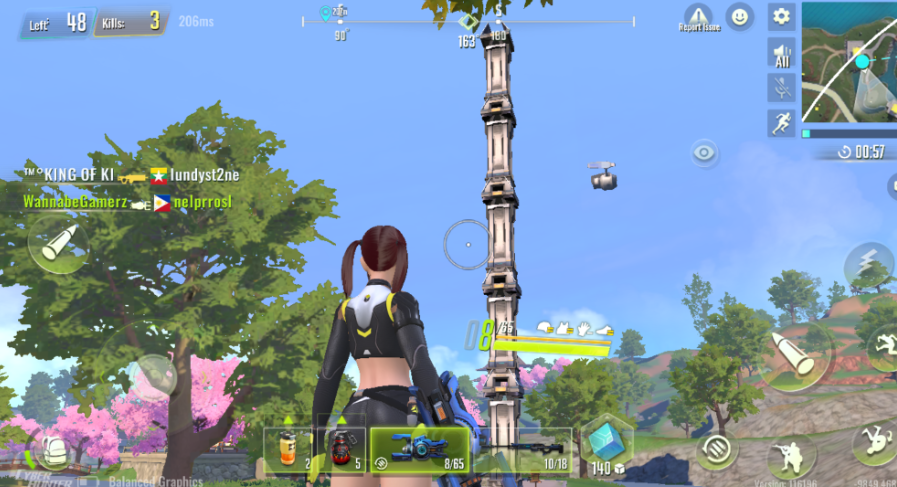 Cyber Hunter introduces some cool advancements to that formula, including the ability to spawn vehicles like a futuristic TRON style bike on a whim, deploy flying personal robots to aid you in a firefight, or even drop a massive temporary hideout to protect you from incoming attacks. Co-op is also a neat feature allowing you to team up with a small team of random strangers or friends who can aid you in fighting, revive you when you are nearly killed, or even resurrect you upon death. Voice chat is also included. The game has a pretty full featured character editor, allowing you to mold your facial features the way you see fit. Everything from eyebrows, to eye height, to jaw line is editable. It really surprised me how extensive they made the editor. These aren’t the generic avatars you see in most other free-to-play battle royale games. You can also purchase many different outfits, weapon skins, and other colorful items from the store. As you progress through the game, you’ll level up and unlock new features and earn virtual currency. The game never pressures you to buy anything. In reality you would only want to purchase clothing because your skills alone will judge how you fair against your leveled competitors. There is no edge for someone who buys everything in the game. Money and virtual currency only changes your style, and not much else.

Cyber Hunter is simply gorgeous on higher end mobile hardware and even lower-end PC. The game scales nicely so even PC gamers with a less than stellar basic PC can still play the game. Anyone with a decent phone should be able to play even on the lowest graphics settings. NetEase has done an amazing job optimizing the game, with brilliant and vibrant graphics on pretty much any hardware you throw at it. 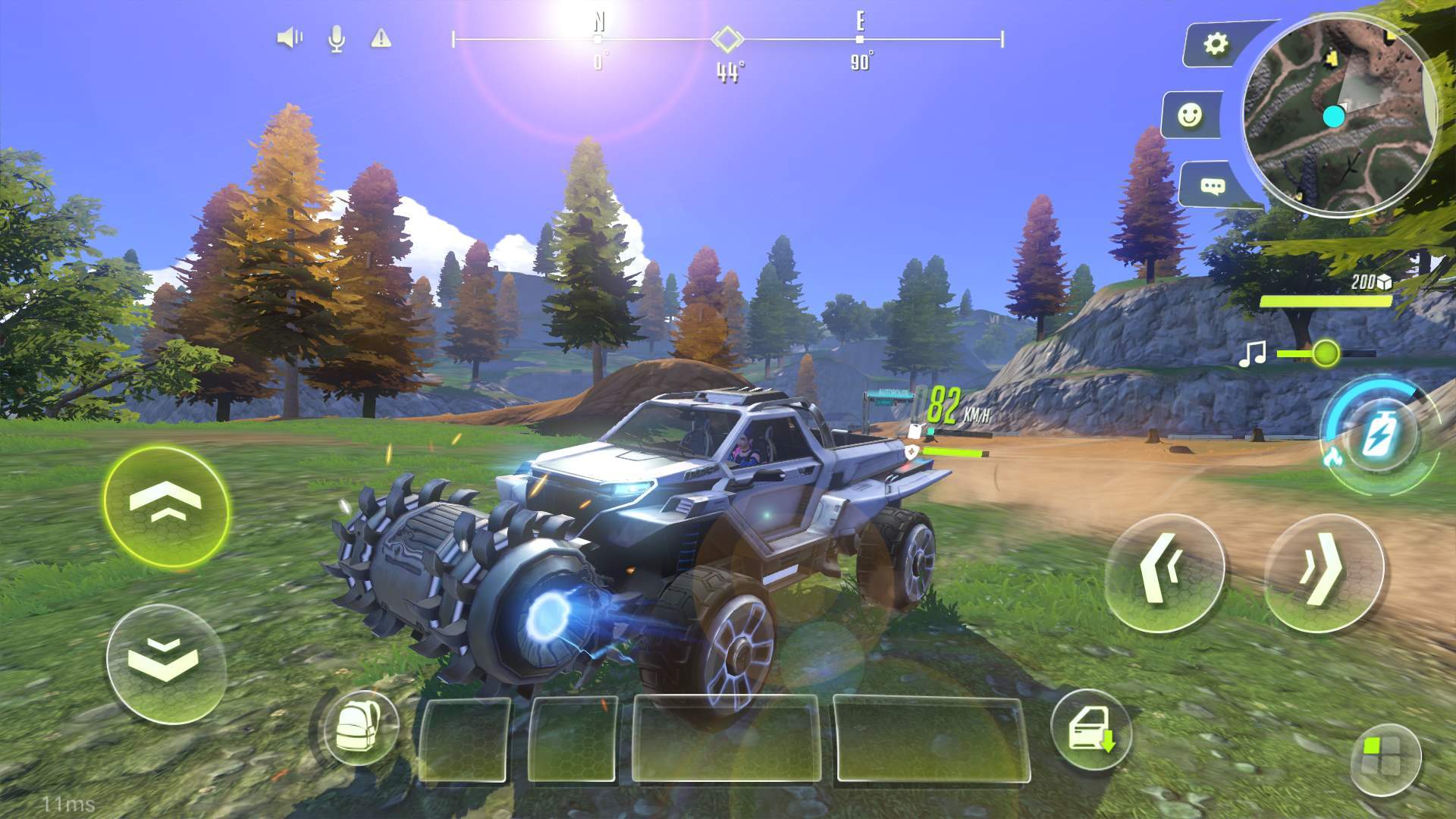 Character models are animated wonderfully, and the game really gives off a cool anime style vibe. The bright color palette fairs well with the blood that flies off the other players when you shoot them, providing some realism in this uber colorful virtual world.

The game features extensive updates every week or so, constantly releasing new content with each in-game season. You’ll never run out of different clothing or auto skins to purchase because they are released all the time, and some are even timed exclusives. 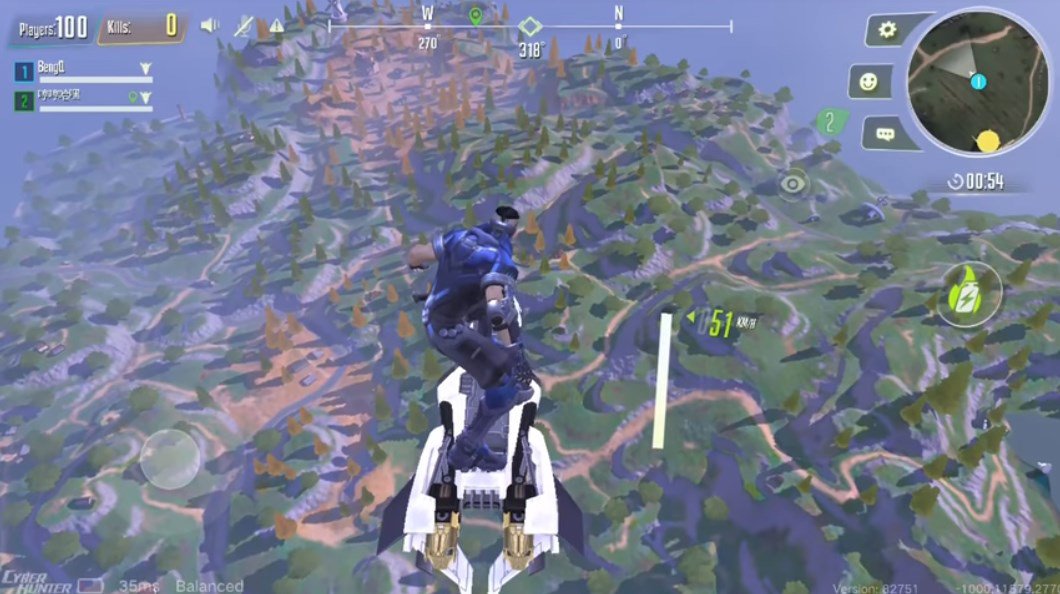 In terms of sound, Cyber Hunter’s weapons tend to all sound similar. But it’s soundtrack is where the game excels in the audio realm. The game features a fantastic soundtrack, with custom music that even plays when you are driving in one of the virtual world’s many cars. The custom tracks by an artist chosen by NetEase helps to immerse you in the experience, making it all the much better for it.

Being the game is free with basically no ads, you can’t really pass Cyber Hunter up. You’ll see the occasional ad to purchase a loot crate or in-game currency when you first start up, but that’s the extent of it. It’s clear the developers intended to make this game fun to play regardless if you pay or not. Some regions don’t even have in-app purchases yet, so that goes to show you it’s not really a big concern to them at this point.

If you enjoy a good battle royale game on your mobile device, Cyber Hunter is worth a download. But if you are on a low end PC, or crave a free-to-play shooter on your high end rig that actually allows you to experience an epic 100 player battle without any ads, then this is the game for you. Cyber Hunter is many hours worth of fun. See you on the battlefield! Pros Cons