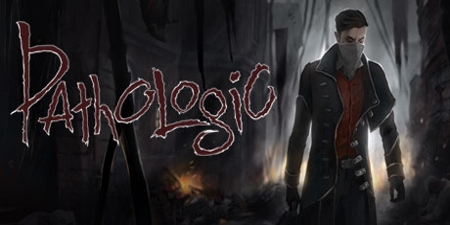 Ice-Pick Lodge is getting ready for their upcoming Pathologic remake to launch later this year. To get fans excited, they have released a free “several-hour-long” standalone demo called Pathologic: The Marble Nest.   You can get the game here, through Steam.   The developer describes the game as follows:   Pathologic is a game where you take on the role of one of the three different healers who are trying to curb an outbreak of a deadly plague. It’s a plot-driven open-world thriller. Fighting tooth and nail to survive, facing the harsh realities of a collapsing society, making tough choices and often finding yourself in lose-lose situations, you are inevitably going to come to a simple realization: the plague is more than merely a disease. It happened for a reason. And it can’t be cured unless that reason is uncovered. In Pathologic, nothing is exactly what it seems. Although capable of saving lives, none of the three healers is an honest-to-god doctor: the Bachelor is rather a scientist; the Haruspex, the son of a pellar and an amateur surgeon; the Changeling, a blessed thief girl. The behemoth Abattoir looming above the Town is an ancient temple. The most prominent features of the local vistas were designed by opticians. The orderlies wear theatrical costumes. The children easily trade bullets for nuts. Inanimate objects like walls form blisters, and roots in the ground remind you of veins. This is an odd place. Get to know it, winning the affection of the locals and gaining allies, or try to carve your own path alone. Explore the Town, its inhabitants, and their traditions; fight both the plague itself and its victims; try to make a difference before the time runs out. Just remember: you can’t save everyone.   It’s hard to turn down a free game! Better give it a play, it won’t cost you a dime.