Mario Kart Tour is the new mobile version of the ever-popular Mario Kart series. With our guide, you will be winning cups and dodging blue shells in no time!

1. The Basics of Mario Kart Tour

Mario Kart Tour is a mobile game that brings the charm and nostalgia of the Mario Kart series to Android and iOS devices. At first the game might look and feel like a watered-down version of Mario Kart 8 on Switch and Wii U, but the game is a bit more than that. Mario Kart Tour features a new control system where the kart actually drives on it’s own. Similar to how Mario never stops moving in Super Mario Run. 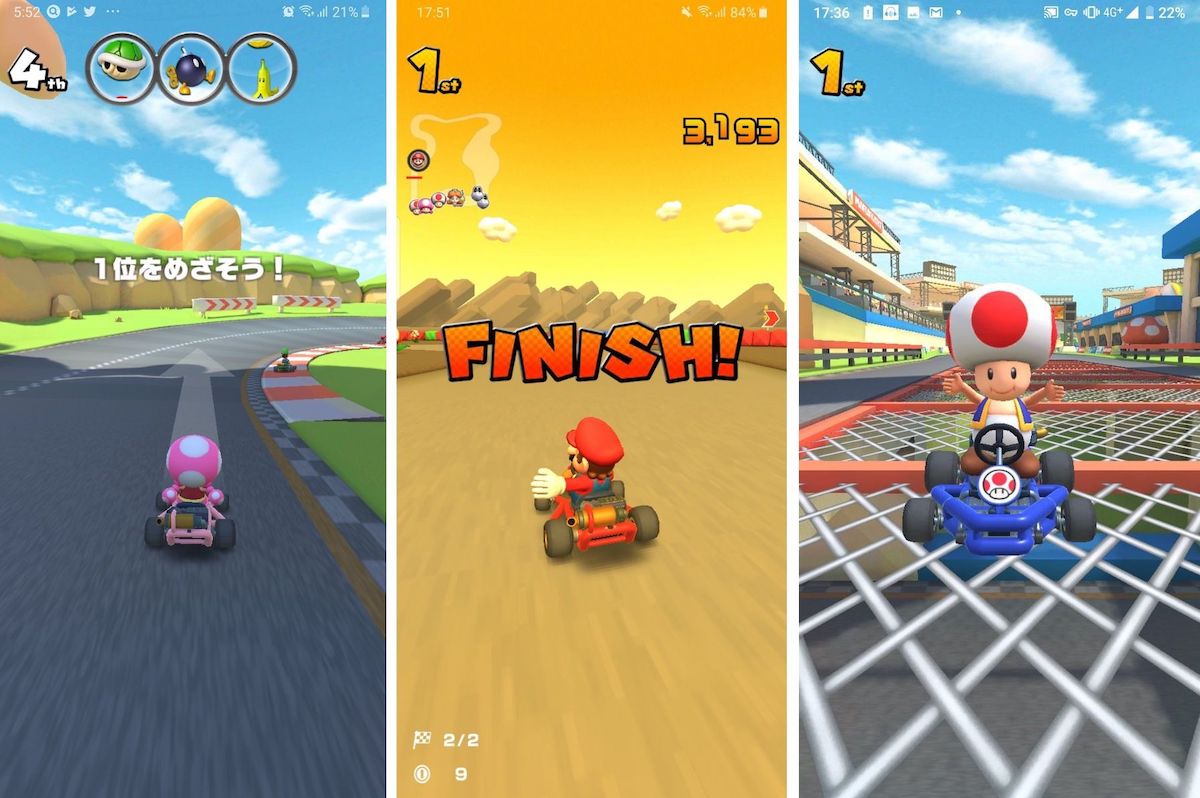 Right at the start you’ll need to choose a control scheme. The game offers two control options, Simple and Drift. Simple allows you to move the kart by just sliding your finger, while drift is for more experienced players and allows you to pull off a drift move. Early in the game the karts do not handle as well as you might think, and the early karts aren’t the best in terms of maneuverability. So until you unlock more karts it is best advised to stick with the simple control option.

2. Choose Your Driver and Kart Carefully

While the core console and handheld versions of the Mario Kart series have featured MANY different characters with loads of different kart options, the stat differences between them were never a big deal. Sure an experienced racer could argue that one character is better than the others because of one particular reason, but for the most part the console versions were designed to be fun for all. So in some sense it did not matter if you picked Yoshi or Mario, most of the action comes from skill. Mario Kart Tour is much different from the core games. Here, drivers and karts matter in more than just a cosmetic way.         You’ll unlock more drivers and karts as the game goes on, or depending on how much you pay for in-app purchases (there is also a monthly $4.99 subscription option). Each driver and each kart offers different stats and qualities that will affect how it drives, and how well you do on the race. So while skill is a good factor, much of the race day results come from how good your driver and kart are. You might have a favorite Nintendo character, but it might be best to pick the most high quality racer you have unlocked versus who you prefer.

3. The Return of Rocket Start

Rocket Start (also referred to as Turbo Start, Boost Start, or Head Start) is one of the returning gameplay elements from the console series. In mostly every prior version of Mario Kart, holding down the acceleration at just the right time will result in you getting a turbo boost of speed at the start, helping you gain an advantage over your other competitors. 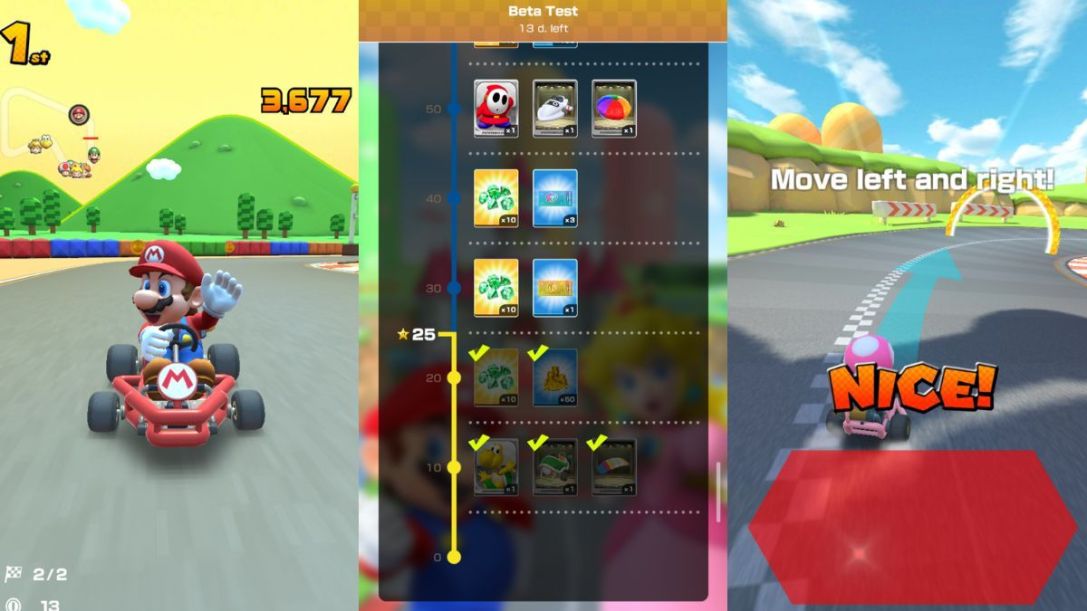 Rocket Start returns in Mario Kart Tour. Simply hold your finger down on the screen when the race countdown time reaches 2 seconds to trigger the extra boost of speed. This will help you gain speed on your fellow racers right off the bat.

At the end of each race you will earn a reward of coins. The amount of those coins is greatly affected by tricks you can perform during the race. Drifting and gliding are the two biggest ways to earn points. The more points you earn, the more coins you will get rewarded with at the end of the face. 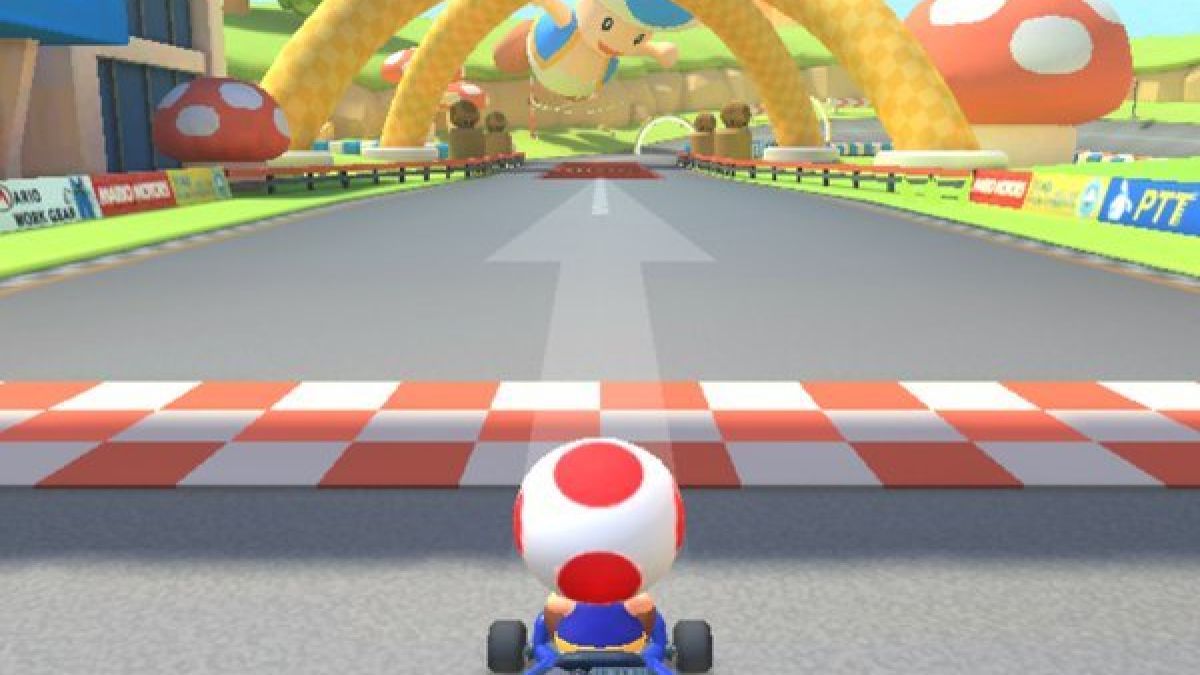 5. Power-Ups Are Your Friend

Another returning gameplay element are power-ups. Bananas, shells, bombs, and more return from the mainline series allowing you to attack or defend against other racers. Items appear at the top of the screen, and it’s crucial to tap them and use them to either get ahead in the race or protect yourself from attack. Blue Shells also make their dreaded return, so you have to be prepared just in case.

Unlocking karts and new drivers is key to winning more races and furthering your adventure within Mario Kart Tour. You will be able to spend your earned in-game currency or money from outside the game in the shop. You can purchase many different things including new gliders, to help you win more races.         Mario Kart Tour is best played at your own pace, unlocking more cups as you progress. Unlock more karts, choose the best drivers, and you’ll be conquering the leaderboards in no time.