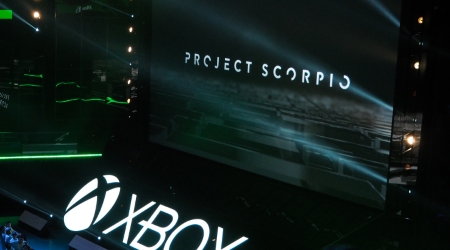 Is the end of the console generation coming? Microsoft seems to think so.

In a recent interview, Microsoft’s head of Xbox games marketing Aaron Greenberg stated that: “We think the future is without console generations”. This statement does align with what we know about Project Scorpio, the upcoming “successor” to the Xbox One. While the Xbox One will run along side the new Project Scorpio as a game console, Scorpio looks to be more PC than game console. It’s all part of the gaming industry’s shift into an entirely different console release cycle: incremental hardware updates over big platform changes. Basically the big gaming tech giants are shifting to a release style that cellphone makers use. Whether gamers can adapt or will adapt to this is an unanswered question.   We’re talking about relatively small updates for a big cost to the consumer. A phone is one thing: you use it everyday, and chances are you aren’t spending $499 on it. So are consumers willingly to spend that price or similar to it for small updates to their already functioning console?     Project Scorpio could be the dream gaming rig of every PC gamer if it follows the gaming PC route. Hardcore PC gamers know the cost of upgrading and maintaining their rigs. Scorpio could be the next Alienware, hardware designed to be the ultimate PC for gamers. But right now it’s too early to tell.   We’ll have more on Scorpio as news comes from Microsoft. No matter the direction Microsoft chooses to go with their new console/gaming PC, they are definitely throwing down the gauntlet in the gaming world.