Neko Simulator puts you in control of an invincible super kitten in a zombie-apocalypse. Beat the undead with cute cats in this weird and whacky sandbox game.

Neko Simulator puts you in control of a kitten in a zombie apocalypse. Missions are usually short and give you a certain objective to complete such as ‘Eliminate 10 Zombies’, ‘Survive 1 minute’, or ‘Find the Girl’. What’s interesting here, is that most level have a change in a certain game’s variable. Such as being able to make giant jumps, be invencible, kill zombies just by walking to them, or being strong enough to send cars flying with a little scratch attack. 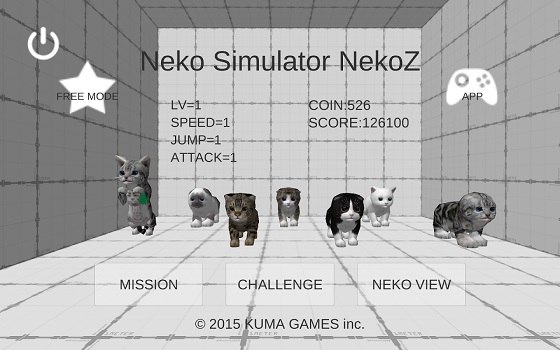 Controlling the cats is easy. There’s a virtual joystick that appears in the left part of the screen when you touch it with your thumb. The kitten can walk slowly, at a quicker pace, or run fast.On the right side of the screen, there are two buttons, one for jumping, and another one with a pistol symbol, but it’s actually for a scratch on the floor motion, that attacks close enemies. To control the camera, just touch the screen wherever you want on the right side and drag your finger to look around. NekoZ feels more like an experimental fun virtual reality experience than a game. There are missions where you have abilities like flying, and you can just explore the city, you can even find a “light switch” that turns off the sun, and there’s a level where zombies just fall from the sky for no apparent reason, and you just need to wait for about half a minute until you win the level. It’s just one of those wacky mobile titles meant for Let’s Plays that doesn’t take itself seriously.

Neko Simulator seems to be an student project that used free to use models from different people, because there’s not consistency. The cats look cute, round and fluffy, and there are different races, they actually look quite nice for a mobile title. The zombies on the other hand, seem to be from a more dated open source game, since they look less detailed, and the maker of NekoZ just took them for his own project. 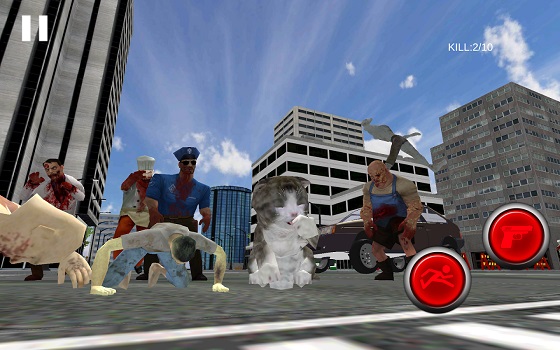 The buildings are mostly just cubes with a texture, the cars are simple and seem to be from an open world game from 15 years ago, and there are very few elements beside that. Still, is worth exploring the city just to see what you’ll find. In the rescue mission, you need to find an Anime Girl, who looks bright, colorful and cartoony, like something out of an Arcade Japanese rhythm game. But even if you see a weird mix of different visual styles here, it’s not really something to be bothered with, since NekoZ is meant to just mess around the world to be amused for while. The kittens have many different animations when you don’t move them. They can sleep, mew, look around, stand in two legs and groom themselves and perform other actions, just like a real cat. The zombies also behave like you’d expect from a survival game, and there are many different types, like a fireman, police officer, chef, office guy, and a giant one with a huge arm, like out of Resident Evil. It should be said that when many zombies are on screen, the game slows down a little.

NekoZ does not seem to be a proper game at all. Is like a cat lover that watches zombie-apocalypse movies is beginning to learn how to code a game, and just threw in together a bunch of elements for his own amusement, and then decided to publish it. 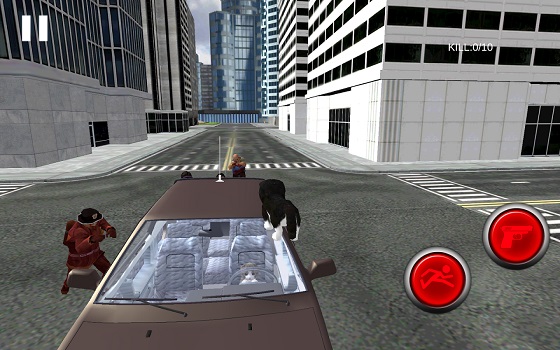 The end result is a weird virtual world that’s worth exploring “just for the lulz”, it’s certainly entertaining for a while, you may even end up beating all 15 levels just to see what happens, but unlike a proper videogame, there’s really not a challenge, there’s no game over screen, you won’t care about breaking a record or anything like that. It’s just meant to fool around for a while with a mix of mobile developer’s assets, and while that’s not really a bad thing, since it’s a good “time waster”, you can see there was little effort from the author’s part.

Neko Simulator is free on Google Play and the App Store, so try it out to be amused for a while with this little virtual reality experiment. If you like cats, you may end up “playing” for more than a minute.

While Neko Simulator is a weird app that shouldn’t really be called a game, it certainly stands out because of its “uniqueness” in the mobile game stores. Try it out if you’re looking for something “different” than most 3D games on phones and tablets right now. Pros Cons