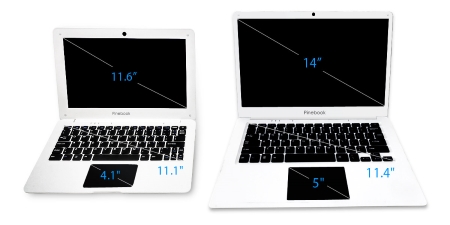 $89 and $99 for Linux laptops that can also run Android, seems like a great deal. Here’s why one supporter of the project is not purchasing one.

When I first found out that Pine64 was creating low-cost Linux laptops with their very low-cost 64-bit computer boards, I went crazy. This is what every Linux user has hoped for. An entry level laptop that is perfect for tinkering, experimenting with different operating systems, and most of all.. it was affordable. Except I saw the market differently. Load Android on the Pinebook, and you have a cheap Android laptop with a pretty decent processor. The only problem? Pine64.   Pine64 as a company has developed a somewhat lackluster reputation because of their shipping problems, broken promises, and constant failures to reach a deadline that they have previously set. Nevertheless, I always give them the benefit of the doubt most of the time. After all, this is a small company doing what much larger companies have refused to do. Build low cost devices that fulfill a certain market. Sure the Pine A64 board isn’t for everyone, but it does offer many possibilities. Where Pine has had trouble is in the execution. Creating boards is their specialty. Running a business where everything is based on customer service, is where they have failed.   The Pinebook was originally set for release in February. Then after a month of delays, it was declared that everyone got the news wrong.. and that it was prototypes that had actually been released, not the production units themselves. It’s been a never-ending waiting game, and now that the product release IS underway and actual units will be arriving at customers doors within a few days (there is now a 10+ month wait for new sign ups), I’ve had plenty of time to really think about the issues that plague the Pinebook.   If you buy a Pinebook, expect problems. Already the stock version of the custom Ubuntu build that ships with the Pine has issues. These are issues the Pine team is trying to fix with updates. Meanwhile there is the 30 day warranty. Yes, you read that right. In this modern era, I have never seen a company that has so little faith in it’s product that it only offers a 30 day warranty. Yet, I knew this for months. I was willingly to put that all side. Until..   Customs and shipping fees. That $89 or $99 Pinebook won’t be so cheap when the average American is forking out about $30 extra just to get the Pinebook delivered to their door. And it’s not just Americans. Europeans, Canadians, pretty much everyone will be hit with crazy fees because the laptop is coming from China. But here’s where I get lost: plenty of electronics come from China. You are probably reading this on a device made in China. I have never seen or heard of a company that charges these kind of fees directly to the consumer. It’s weird, it’s ridiculous, and it’s just not the way a company conducts business. Pine was not trying to take the Pinebook mainstream, they have made that clear. Yet with a 10+ month wait, there are plenty of people who do want the Pinebook as their regular laptop. This is not how you treat potential customers, shocking them with these kind of fees.   Imagine Samsung announcing a new low-cost device, and then telling customers that not only will they face varying customs fees when they order, but that the item they will receive has a flawed operating system and will need to be updated because aspects of the hardware won’t work correctly without updating it. That’s a problem. Project or not, I get that the Pinebook’s software is a community driven work in progress. But at least ship it out with a stable OS.   If I was running Pine64, I would have catered to the mainstream market. I would have released the Pinebook at a set price that INCLUDES enough room for the customs fees, give a normal one year warranty on the device, and also include Android by default. But I’m not running Pine. And I’m also not buying one either.   I admire what the Pine64 team has done. It’s a step in the right direction for low-cost consumer electronics and Linux as well. But they don’t have the kind of structured business that can handle this type of market. A 10 month wait? Customers that did sign up early enough are still waiting for their laptops. The name of the game with Pine64 is.. well, waiting. And that’s not proper business tactics. For me personally, I can find an Android tablet with a keyboard for much less, and it will get done what I need it to.   Who knows what will come of the Pinebook, only time will tell as the first production units land on doorsteps. I hope those customers will be happy with their laptops, but I’m not confident. Not yet.