The rule is simple, tap the screen to move the paddle and hit the ball. Try to bounce the ball as many times as you can.

Circle Pong is a simple casual game where you’re objective is to keep a ball bouncing inside a circumference. You can one curved paddle to hit the ball with, and you just have to press left or right in the bottom of the screen to move it. 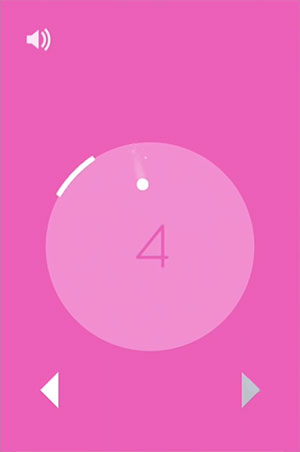 Once the ball bounces, you have to move the paddle that way and bounce it back. And that’s it. Stay alive as long as you can. The angle and speed of the ball will depend on where it hits. If you hit it with the edges of the paddle, the ball will bounce in a diagonal direction and can go pretty fast; but if you manage to hit it right at the center, the ball will slow down a little, and go in a straight direction. As the game goes on, the ball gets faster and faster, making it harder to hit it back. It’s simple just pick-up-and-play fun.

Circle Pong has very few elements over a single color background. There are just the traingle arrows to control the paddle, the big transparent circle with the score in the center, the line padle, and the ball. That’s it. 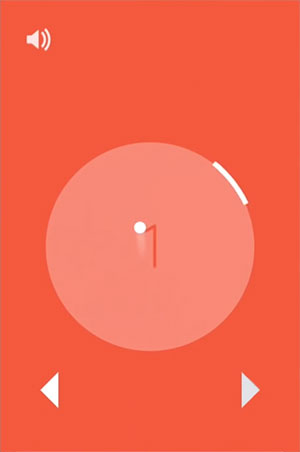 The ball leaves a fading white trail to better show its movent, and when it bounces there’s a little spark showing the hit in the paddle. After a while, the background changes color gradually. Overall, given the simplicity of the game, it fits all right, but it gets pretty dull very soon. There are games that have brought back the grand father of video games, like the colorful Neon Pong, or Pong World, which offer characters and great 3D World to explore. Here, you’ll get bored fast.

Circle Pong just has you bouncing the ball to get a new record, there aren’t achievements or extra objectives. It would’ve been nice to have coins appear inside the circle or have goals like “Hit the ball right at the center 3 times” or “Bounce it back 30 times in a play” 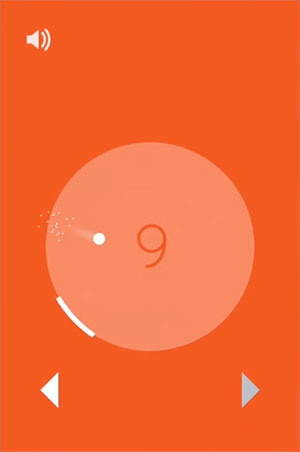 Maybe different skins for the paddle would’ve been nice, like a tiger pattern or something. As the game is now, you’ll probably stop playing in a couple of minutes. At least there are leaderboards so you can try to best your friends.

Value for your Money 87%

Circle Pong is free on Google Play. You’ll see some banner advertising after losing a few times, but that’s to be expected from this kind of games. Still, a play doesn’t last long, so you may be seeing too many ads for just a minute.

Circle Pong is only entertaining enough for about 5 plays, and then you’ll probably delete it and look for something else to play. It’s way too simple in graphics and gameplay to keep you going, and even as something to try out while you’re waiting in line somewhere, it gets boring. You’ll better of getting the new Windjammers on PS4 if you want to send a round object back and forth. Pros Cons