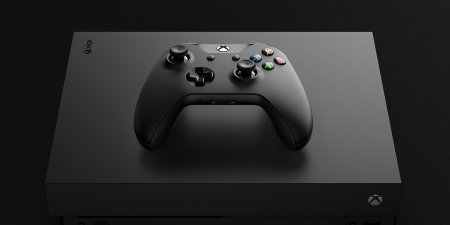 The most powerful gaming console ever made, with probably the worst name.

The Xbox One X is not designed for the average consumer. This is not a replacement for the Xbox One (or Xbox One S). Remember when Nintendo was criticized for the “New” Nintendo 3DS revisions? Yeah, this is kinda like that. More powerful technology, new features, all aimed at the person who can shell out extra money to have a console similar in specs to a high-end gaming PC.   The problem is that high-end gaming PCs can be upgraded, and can do many things besides gaming. The Xbox One X can’t. But for the person who doesn’t want to fork out $800+ for a resource-heavy PC and all that comes with it, this is an easy solution. Still the Xbox One X isn’t the perfect gaming option. And it’s price might not justify a reason to buy it over lower-end competition like the PS4, or even the Xbox One S (it’s crazy to think of the PS4 now as low end).   Microsoft is essentially throwing down the gauntlet. Here’s what we can do, buy it or don’t. If it’s too expensive, there’s the One S. In some ways this is a perfect strategy. But we’ve also never seen something like this in the console space. Microsoft appears to not have much to lose with their newest gamble, but only time will tell if the consumer audience adapts to their newest offering.