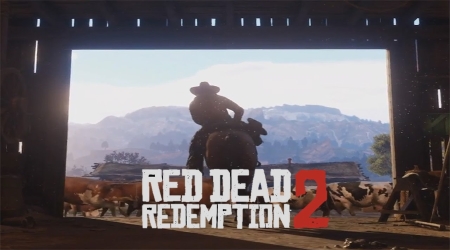 After 6 years of rumors, speculation, and anticipation, the third entry in the Red Dead franchise (and the sequel to it’s most acclaimed title) is finally on the way. Rockstar Games has confirmed that Red Dead Redemption 2 is coming. Below is the announcement trailer.     RDR2 will be set in an open world environment just like it’s predecessor, and will feature single-player and online multiplayer components. Just like the original, “Redemption 2” won’t be coming to PC anytime soon. Instead it will be arriving on Xbox One and PlayStation 4 in the fall of 2017. Basically an entire year from now.

Red Dead Redemption 2 will a major title on the current gen consoles, and the stock price of Rockstar Games owner Take-Two Interactive has already gone up.   More news and announcements from Rockstar are imminent as the year rolls on until RDR2 is released. Fans are already starting and signing petitions to bring the new game to PC. But with the original still not on the PC platform after six years, I doubt we will see this happen.   Red Dead Redemption 2 is coming in the fall of 2017. More to come.