VVVVVV is an old school sidescroller platformer with simple visuals and controls, but hard challenges and complex level design. Old school players will be trilled with the great world to explore avoiding dangers by “Flipping” instead of jumping in this 80’slike 8-bit adventure.

VVVVVV is a retro sidescroller platformer that looks like something you’ve played on an old Atari. The gameplay mechanic is simple, move left or right, but instead of jumping, the game’s hero “Viridian” changes gravity, so he goes to the ceiling and walk upside down. 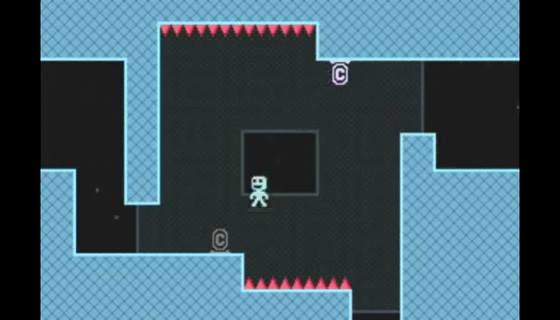 You have a huge world to explore, and in some rooms there are dimensional wholes that teleport you to other areas of the game. The objective of the game is to explore everywhere until you get your 6 members of your crew back. They all have names that start in “V”, hence the name of the game. Instead of levels, there are checkpoints marked by a “C” inside a circle that lights up as you advance through the rooms. When you die, you’ll restart at the latest checkpoint. The stuff that can kill you can be spikes on the floor or ceiling, random generated text that passes by, laser traps and so on. Like many games in the genre, there are moving platforms you need to get on, some disappear after you touch them, and there are lines that automatically change gravity when you touch them, bouncing you around. As you go on, some checkpoints will be several rooms from each other, so the game will be getting more challenging as you rescue your teammates. There are no power ups or anything to aid you in your quest, it’s just an oldschool platformer that relies on level design to keep you entertained as you beat each challenge presented to you. Still, the game offers many hours of fun; is not that long, it’s just that you may fail several times in a room until you pass it. Perfect if you’re looking for an old school sidescroller adventure.

VVVVVV features 8-Bit graphic style so it’s pretty minimalistic. The main character has almost not animation. It just moves its arms and legs slightly apast when you walk, and instead of a happy neutral look, it makes a sad face when it dies. 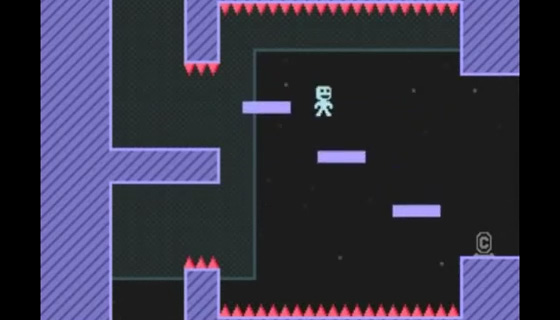 The backgrounds are dark and there’s little movement going on, but even if you just see the same basic shapes, by using a variety of colors and arranging platforms, the world to explore has enough variety so you want to check out the next room and keep trying after you fail several times, just to see what kind of challenge is next. Sometimes just by seing a room you know it’ll be a difficult task. The visual design may appeal to retro gamers, but most modern players may like something with more color and animation.

As a sidescroller platformer, VVVVVV is a pretty complex adventure given the simple controls and graphics. There are hundreds of rooms to explore, and when you finish the main adventure, you can continue trying to unlock 100% of the map, or try the extra fan made levels picked by the developer, which are as good and challenging as the main game, if not even more. 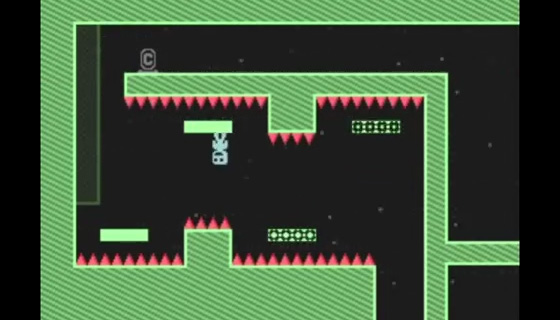 While the graphics are nice only to mid-80’s standard, the music is great, with a catchy chiptune soundtrack that you may want to listen to outside of the game. It should also be mention that there’s a story going on, about a space ship crew getting into an interdimensional vortex and something that may destroy the universe in the place they got, but nothing you’d really pay attention to.

VVVVVV is $2.99 on Google Play and the Apple App Store. Considering it was a 6 dollar game on PC and worth 8 bucks on Nintendo 3DS, it’s a very good deal. There are similar platformers you can get for a couple of dollars, and this game is not meant for casual players, but retro hardcore platformer fans looking for a big challenge, so keep that in mind before making the purchase.

VVVVVV is meant for players that used to enjoy sidescroller platformers in the 8-Bit era, so if you want to go back to the 80’s, it’s perfect. The minimalistic graphics are definetely not made to appeal modern casual players, and the difficulty will keep them away from enjoying the full experience, but if you’re into Retro Gaming, give it a try, it’s totally worth the asking price. Pros Cons