Curio? Curio? Well, like you I’m curious!  Curio Quest (available on Android and iOS) is a turn-based monster capture and battle game. A cut scene storyline intro informs you that your house is shaking and you are suddenly being transported to a far-off world, called the land of Curio.  A mysterious mountainous and foresty type of landscape. 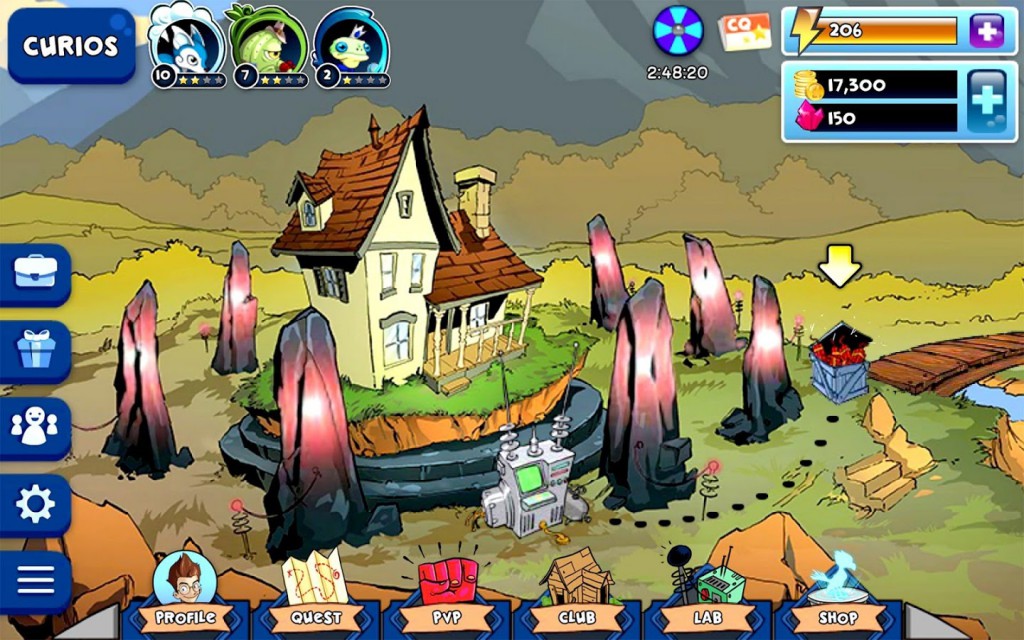 The cut scene story line continues throughout the game and you set out on your Curio Quest to raise and battle creatures called Curios.  Many of the Curio creatures resemble earth animals, but with some noticeable differences!  The  green Manta with weapons on his back and ‘Jack’ the dressed up jack-o-lantern both look really cool. Your objective is to collect the Curio creatures, train them up, build them into armies, and take them into battle.  It is rather easy and can be quite enjoyable to do.  The game claims there are over 80 Curio creatures to collect, that adds up to a lot of gaming if you’re going to collect them all. A wide variety of functions and selections can be made for your Curio creatures.  Different genders to choose from, changing their names and adding special boosts and skills. Curio creatures are colourful, large and well drawn.  The animation is pretty good.  The theme is well executed and although it appears aimed at a younger age group, it is along the lines of  Pokemon, so may appeal to an older audience also.

Battles are turn-based, and it’s all over quite quickly.  There are single and multiple Curio battles.  In the multiple creature battle you can select either character during the battle in case you are losing.  If you do lose a battle then you still get awarded XP points which is cool indeed. There is also the PvP battle option which can be quite frustrating as the level of the fighters doesn’t always match up well. 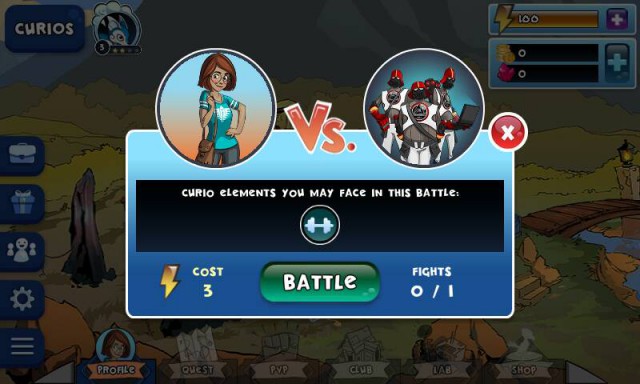 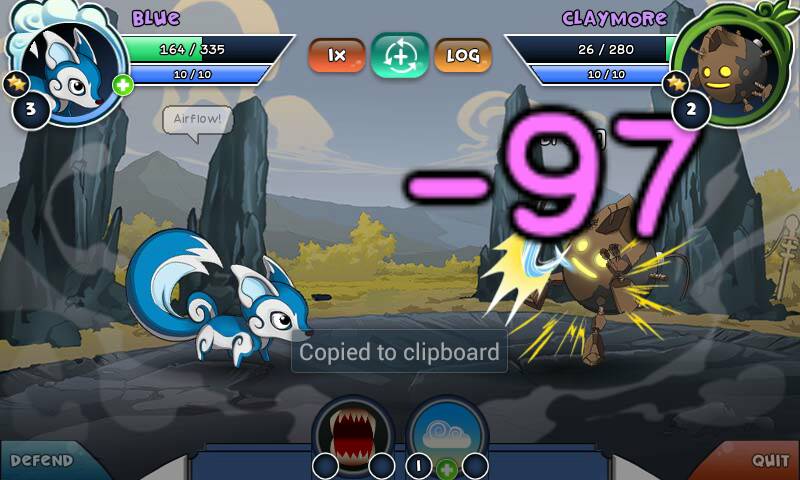 Collecting the Curio creatures and building them so that they evolve and have much better skills and boosts won’t take long because you receive lots of rewards such as coins as well as lots of XP to gain extra moves, boosts and skills to improve your Curio creatures.  If you open the Curio Quest app once a day, you will receive a daily free spin on the wheel to receive XP, energy, coins and other power ups. Exploring the Curio world you will also find things like a ‘SHOP’ and a ‘LAB’ to enter, where you can buy other Curio creatures, buy special power ups and skills for your Curios or you can craft new Curios from the lab. 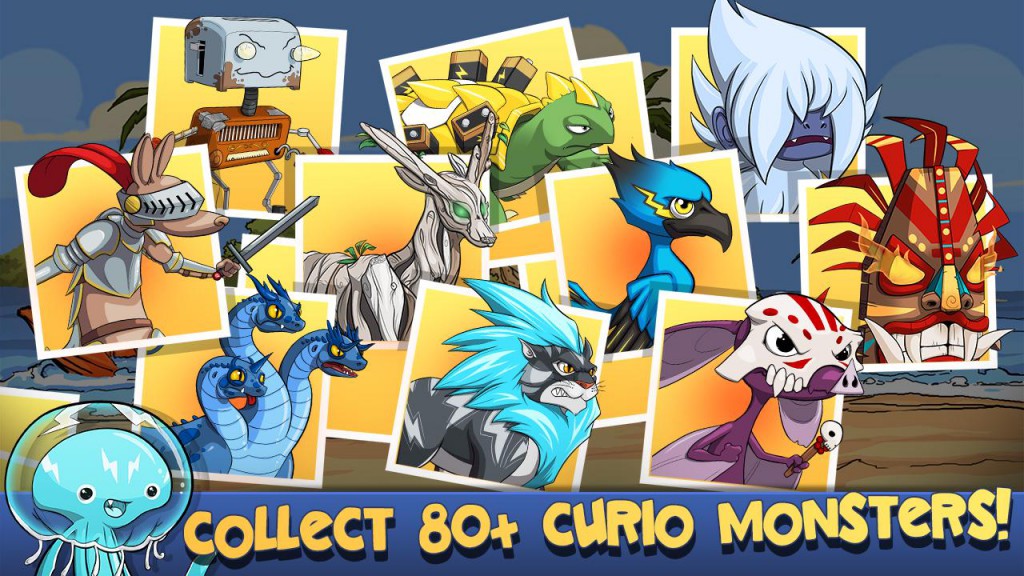 Curio Quest is a rather cute looking game.  The cut scenes start out ok but may annoy some people after a little while. The game play is really simple and quite addictive as you want to collect more and more of the Curio creatures and train them up and evolve them.  There’s a lot of gaming to be had with Curio Quest.