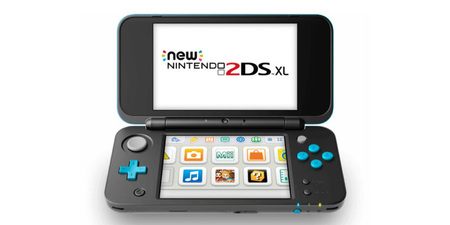 It’s new. So new, the word “New” is included in the system’s title.

Well it’s official. After much joking a few years back when Nintendo first announced it’s economical 3D-lacking Nintendo 2DS console, an extra large version is actually coming. A version with new features, and a new design. Presenting the New Nintendo 2DS XL.     This July, Nintendo is introducing their newest 3DS revision. A 2DS with extra large screens, tech features from the “New” 3DS line (extra controller, extra processing power), and a new clamshell design similar to the original 3DS XL.   As a gamer, I actually do like the design of the New Nintendo 2DS XL. I’m kind of disappointed by the hatred the console is already seeing on social media. But at the end of the day, the 2DS suffered the same fate. The only issue I ever saw with the 2DS was it’s ugly design. The New 2DS XL looks stunning, in my opinion. But there’s a problem.   Price. $149 is pretty high for an “economical” gaming console. It’s not crazy overpriced, but it does lend itself to being a bit higher than it should be. Only time will tell if gamers will be picking one up.   The New Nintendo 2DS XL launches this July.