Dino T-Rex is an infinite runner based on the easter egg for the Internet Browser Google Chrome, that you can play when you have no connection. You take control of a black 8-Bit Tyrannosaurus Rex that walks automatically, jumping cactus here and there. 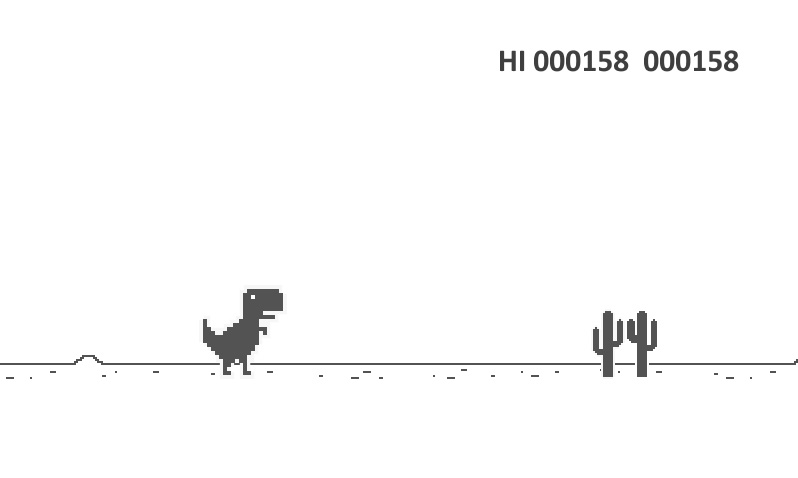 On the upper right corner you can see the highscore first, and your current one next to it, which gets points according to your traveled distance. You’re objective is jsut to survive as long as possible. When you need to jump, just tap on the screen and the T-Rex will go up to avoid the cacti. As you advance, the T-rex will start running faster and faster, and above you you’ll see Pterodactylus flying, that you have to avoid. Also, you can’t control the height of your jump like in other platformers, no matter if you just tap or keep pressing the screen, the T-Rex jumps the same way, making it harder to control where you’ll land.

Dino T-Rex features retro looking black and white graphics, imitating the style of old LCD pocket games that became popular around 1990. The animation is very limited, and you only see the ground, the desert plants, some flying dinos and a few clouds at times. 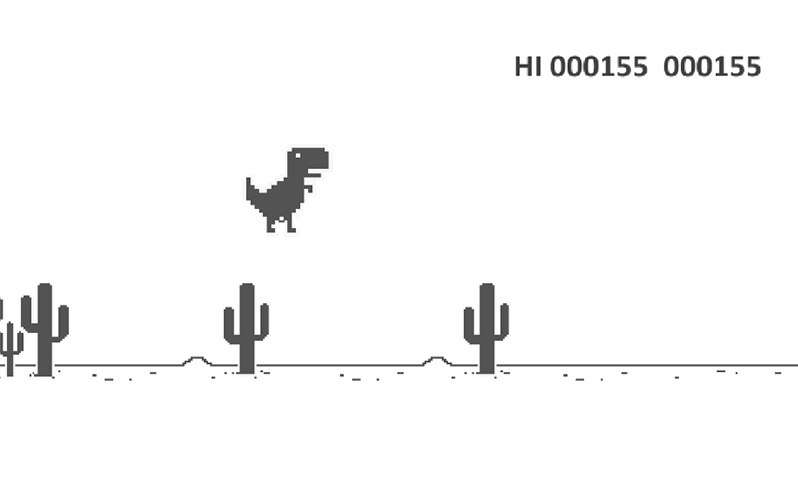 There’s nothing really noteworthy about the visual presentation, the T-Rex doesn’t even have a different stance when jumping, it walks in the air. This game is meant to be extremely light so it doesn’t take more than a few kilobytes of space in your device, but still, it’s just way too minimalistic, and very few people won’t find it boring.

The original Dino T-Rex game was meant to be a little time waster that you could play for a minute while you didn’t have Internet access, and it was a cool and unexpected idea. But as a single game you download on Google Play, it just ain’t worth it. 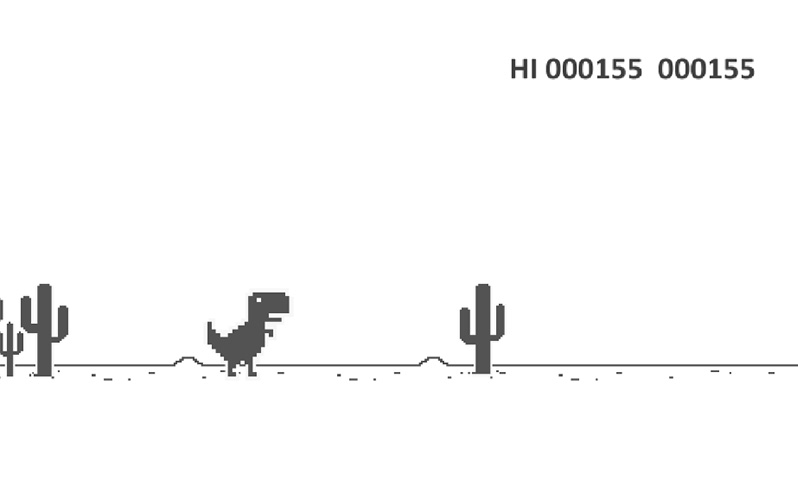 It’s fun for a couple of minutes, specially once the little dinosaur picks up speed and it actually gets challenging, but for that you have to get about 1000 points first, meanwhile, there’s nothing to keep your interest. There may be some people that enjoy the hidden chrome game and want to play it whenever, but there just so many better infinite runners available, that a normal player won’t even bother downloading this one.

Dino T-Rex is completely free on Google Play, so if you want to try it out for a while without just deactivated the wi-fi on your device and opening chrome, go ahead, it will cost nothing, and you won’t have to deal with ads or anything.

Dino T-Rex is certainly an interesting easter egg, getting to the “No Connection” screen in a browser and suddenly everything starts moving, it’s fun. But as a game, you can find much better 8-Bit monochromatic titles, so you better look elsewhere if you really want to spend several minutes playing. Pros Cons